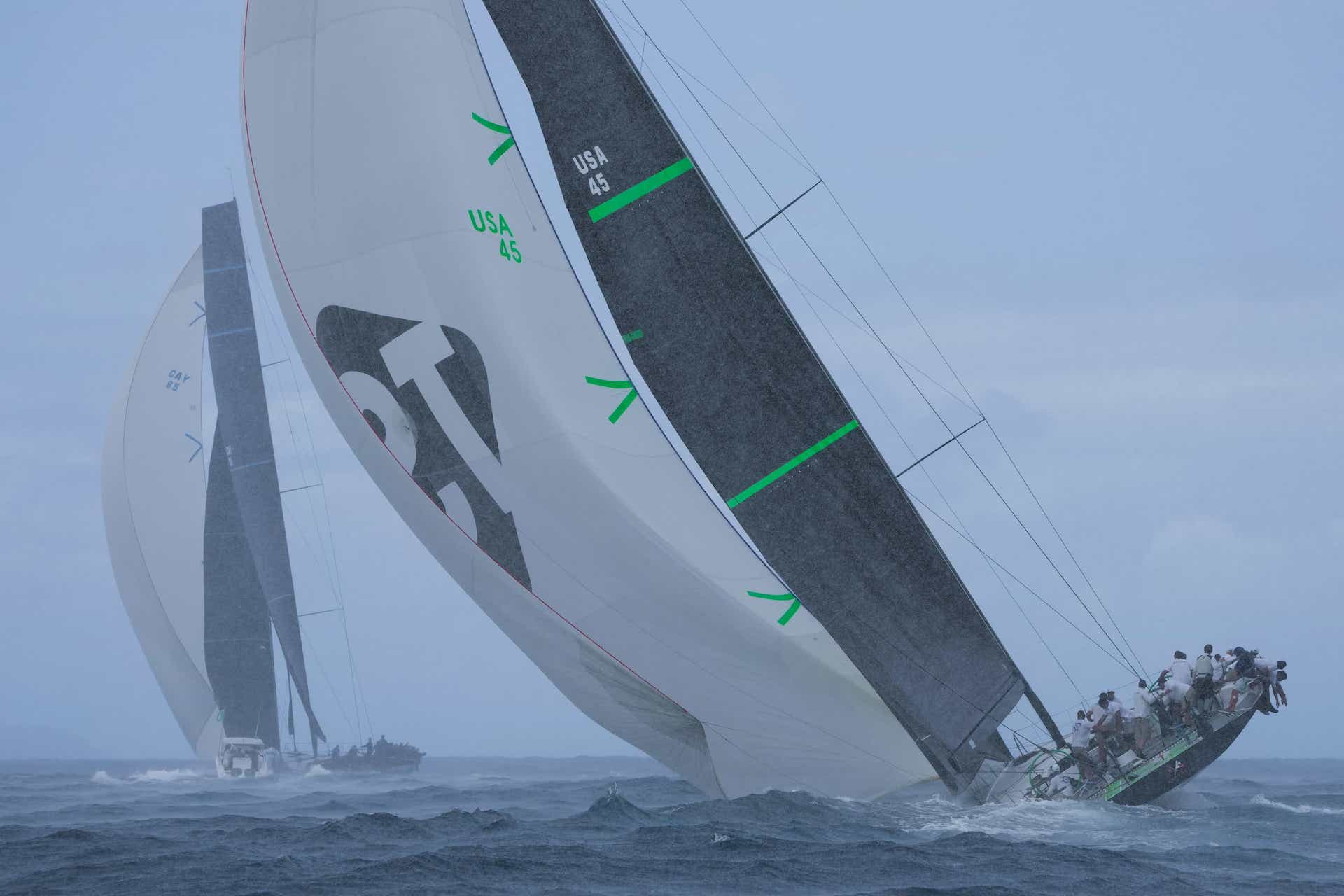 After a much enjoyed day off, the crews of the 11th edition of Les Voiles de St. Barth Richard Mille got back to work this Friday. The Maxis, the Multihull ORCs and CSAs, then the Diam 24 ODs completed a 35-mile course, while all the CSA classes completed two races of 12 to 18 miles in the east of the island.

The day included its share of perfect results shaken, but nothing compared to the drama that unfolded on the CSA 1, 2 and 3 course, which shares the same starting line and includes boats ranging from the 52s down to Arabella, a Cape 31.

Prior to the start of the first race today, Niall Dowling’s new Cape 31 Arabella dismasted after the Cookson 50 Triple Lindy’s bow sprit tangled up into the back of the Cape 31, hooking its running backstay and then dragging the much smaller boat along with it until the top half of the mast finally gave way. 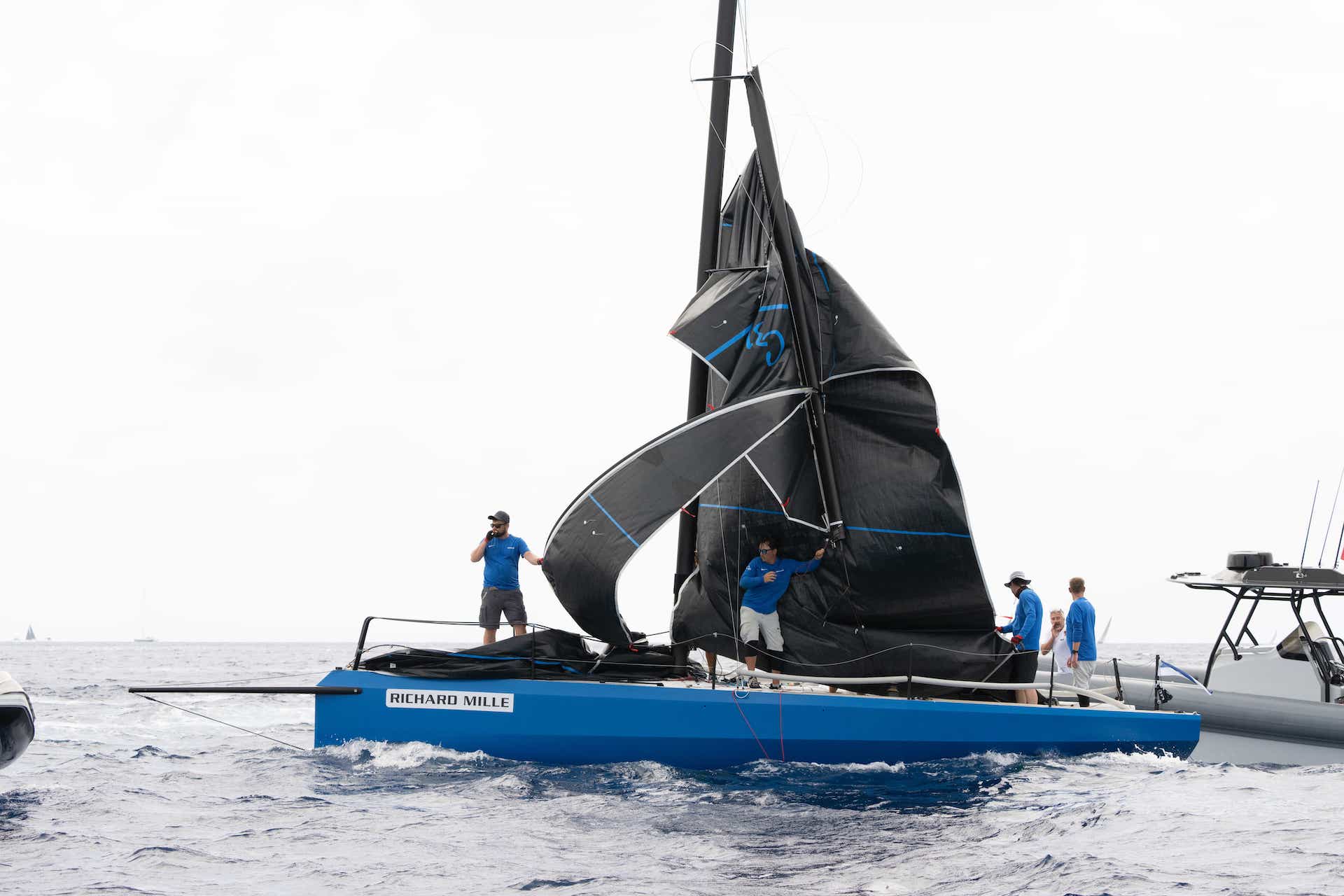 “Fortunately no one was hurt and we’re in good spirits, but it’s a real shame,” said Anthony Haines on board Arabella. “We were going out today to try and lock in the overall win. We had been in first place by one point.”

There may still be hope for the British boat, as the protest hearing awarded them average points for today and tomorrow. As a result, they still retain first place in the provisional results and are currently only 0.4 points ahead of Sergio Sagramoso’s Lazy Dog. Sagramoso could claim the overall CSA 2 win from Arabella if the race committee decides to run more than one race tomorrow; but the Melges 32 would need to win them both.

On this penultimate day of competition, the battles are intensifying across the classes, and in the Maxi, CSA 1 and 3 new winners claimed a first-place finish today: Deep Blue, Jolt 3 and Om II, respectively.

Among the Maxis, Jim Swartz’s Vesper, who won the first three races, conceded their first race this afternoon to Blue Deep, which appears to be working through some of the technical issues that have been plaguing the boat.

“This is a nice win for Wendy Schmidt and her team. Unlike the previous days, this time they did not encounter any hydraulic problems. Better still, they got off to a very good start but they also had a bit of luck,” said Benoît de Froidmont, president of the International Maxi Association and ambassador for this 11th edition of Les Voiles de St. Barth Richard Mille.

In fact, the main adversaries, Vesper and Belle Mente respectively lost a lot of ground, the first after Vesper had a poor spinnaker set and subsequent hour-glass wrap, and the second after Bella Mente’s spinnaker exploded when a small squall blew through.

In CSA 1, Maximilian Klink’s Caro also ended his string of first-place finishes in the second race today in favor of Peter Harrison’s Jolt 3, after Caro caught a course mark, dragging it for some way. The mistake worked in favor of others on the course, including Om II in CSA 3. 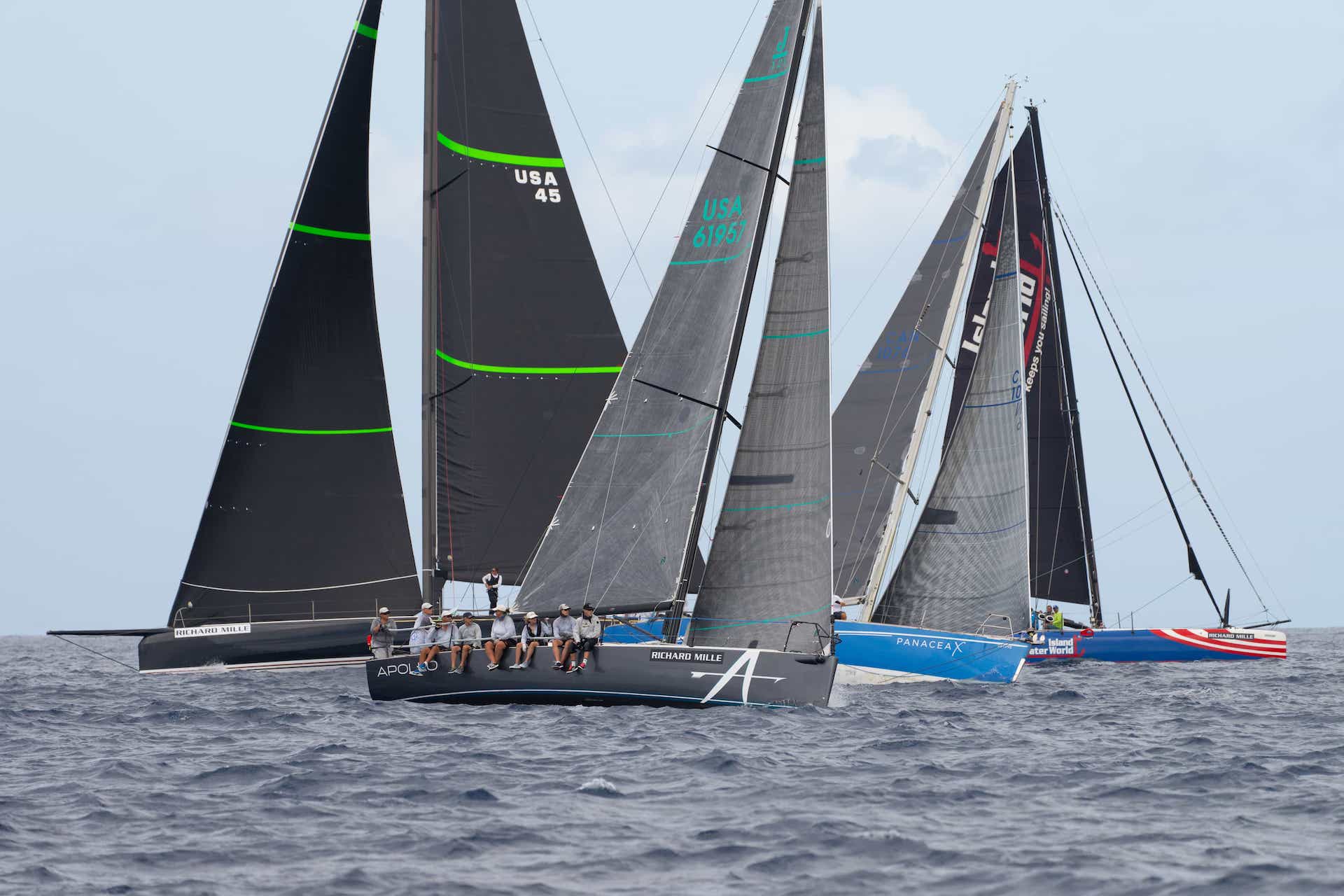 “It was lucky for us that Caro snagged the mark and relocated it in a better place for our needs,” joked Shahid Hamid, OM II’s owner, who is delighted to earn his first race win and also stopping the domination of Jim Madden’s Stark Raving Mad VII. “We managed to win the last race thanks to fewer mistakes, and we found the appetite to beat the leader.”

The Swan 58 just launched December 20 in Barcelona, and already Hamid and team have sailed more than 5,000 miles, arriving to the Caribbean and taking part in the four-race series before it will then return to the Mediterranean.

The situation is, moreover, still fully under control for the crews of Bernard Girod’s Pata Negra in the CSA 5, Pierre Altier’s Crybaby in the Diam 24 ODs and also Kent Haeger’s Mach Schnell in the Offshore Multihulls.

These three continue to dominate the competition, and another team focused on securing a last day success is CSA 6’s Team Island Water World, owned by Frits Bus. After a first day retirement following a forestay issue, he and the team have been working to overcome the “did not finish” score. It remains to be seen if Bus continues their winning streak, but the fate lies in his competition, and whether Blue Skies will manage to hold onto the victory. 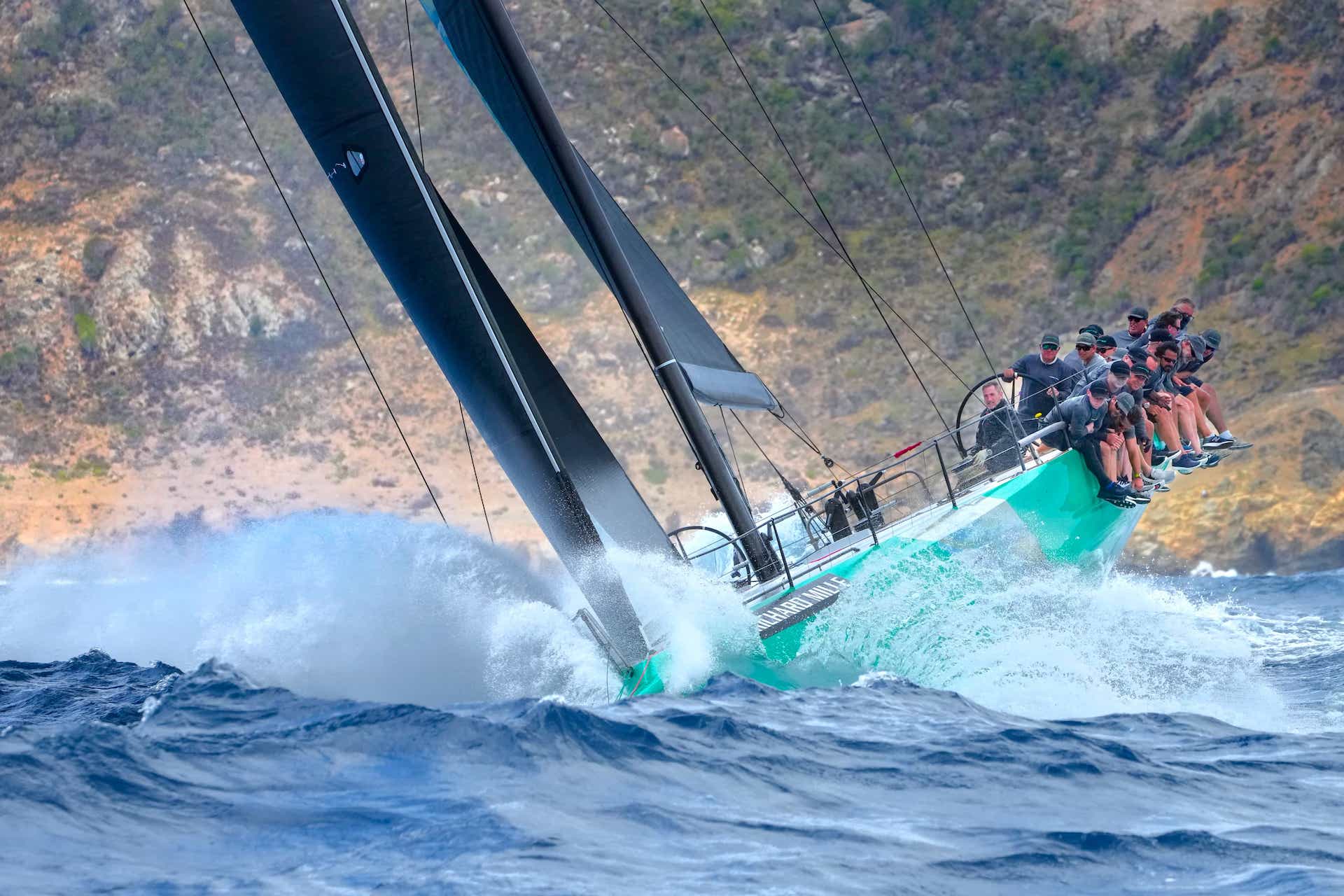