Maxi-Trimaran Sails Of Change: First Participation at Les Voiles In 2023 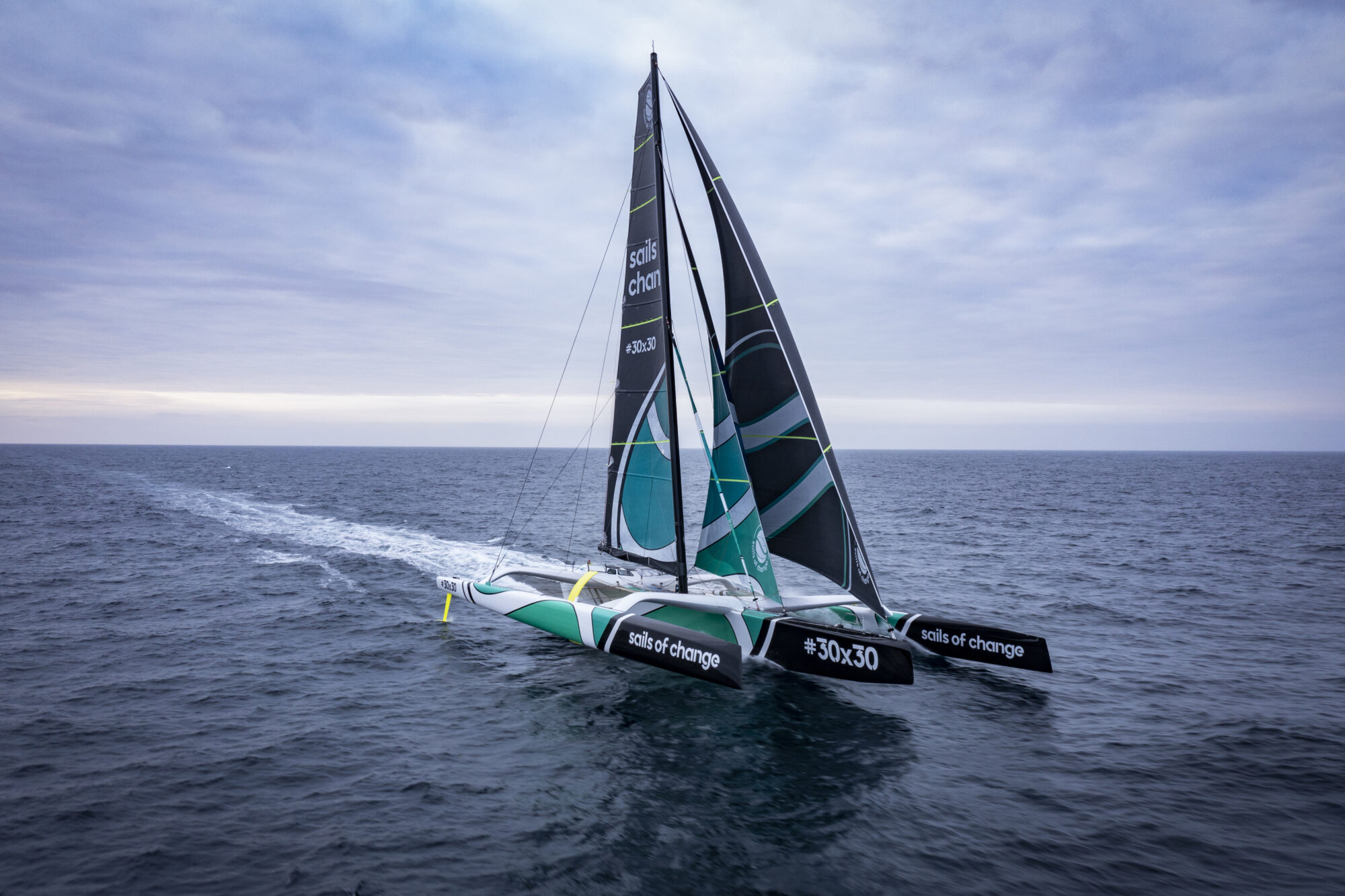 37 meters long, 23 meters wide, and weighing 21 tons, Sails Of Change has a long list of accomplishments to its credit.

Launched in 2008, the record holder for the Jules Verne Trophy between 2012 and 2017 (45 days, 13 hours), was purchased by the Spindrift team in 2013. They went on to set the record for Route de la Découverte (between Cadix and San Salvador), as well as competing twice in the Rolex Fastnet Race and the 2016 Transat Québec–Saint-Malo.

In addition to being a competitive maxi trimaran, Sails of Change also works hard to promote the foundation of the same
name, dedicated to the regeneration of the earth’s biodiversity through its efforts in sports and art. The Spindrift team, as well as all the boats in the stable, share the ‘30×30’ message supported by more than 100 countries. They relay the call from the scientific community to fully protect at least 30% of the ocean and the earth by 2030, through networks of protected zones to help prevent massive extinctions and reinforce resilience to climate change.

Since the end of October 2022, Dona Bertarelli, Yann Guichard, and their team have been on stand-by for their fourth attempt at setting a new record for the Jules Verne Trophy. They will also be participating for the first time in Les Voiles de St. Barth
Richard Mille next April.