The entire fleet enjoyed the first day’s racing in perfect easterly trade winds between 15 – 20 knots and big swell on the coastal courses – between 28 and 29 nautical miles – with a start and finish right outside of Gustavia port.

For the much-anticipated Maxi 1 Class, George Sakellaris’ Maxi 72 Proteus struck first, and is off to defend his overall win at last year’s event. However, if today’s racing is any indication, that will not be an easy task as Proteus and Sorcha, the JV 72 skippered by Peter Harrison, Richard Mille’s CEO (of Europe, Middle East and Africa), match raced their way around the course.

“We had an incredible battle,” said Sakellaris. “A duel worthy of match-racing from start to finish! It was a blow to him, a blow to us. We are very happy to have won this time.”

Two Maxi entries were last-minute scratches. Yves Montanari’s La Bête broke their bowsprit on the delivery from Antigua, and Althane (Maxi 2) withdrew because of transom damage when it struck the dock when returning from sailing over the weekend. 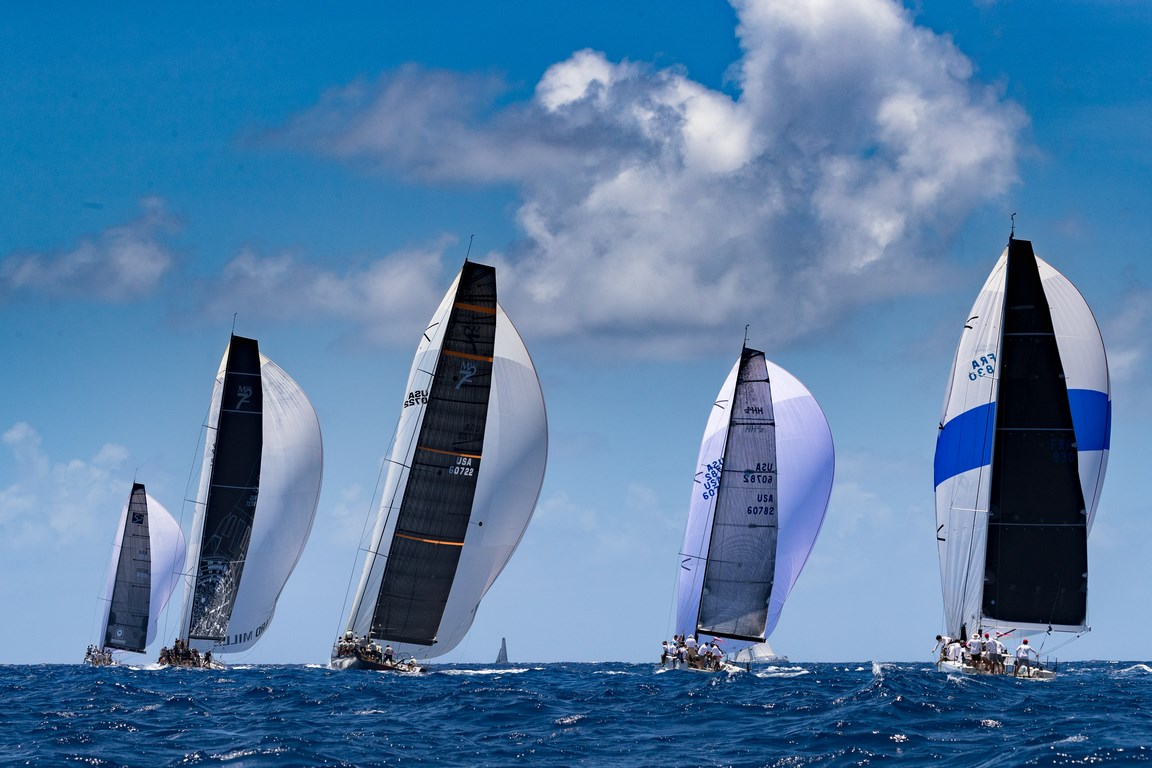 Puerto Rico’s Lazy Dog, a Melges 32 skippered by Sergio Sagramoso, a frequent Les Voiles class winner, returned to their place on top of the leaderboard over first time participant Albator, the NMD43 skippered by Philippe Frantz.

Currently suffering at the hand of ratings is TP52 Conviction skippered by Steve Travis, relegated to seventh at the end of today. “We will have to make no mistake and finish with a considerable lead to hope to win,” said Frederic Laffitte, the mainsail trimmer on the American boat. “Today, we lost time because of a sailing problem. Our genoa exploded on the end of the first leg, just before the mark. We recovered well, but for us, obviously not enough.” 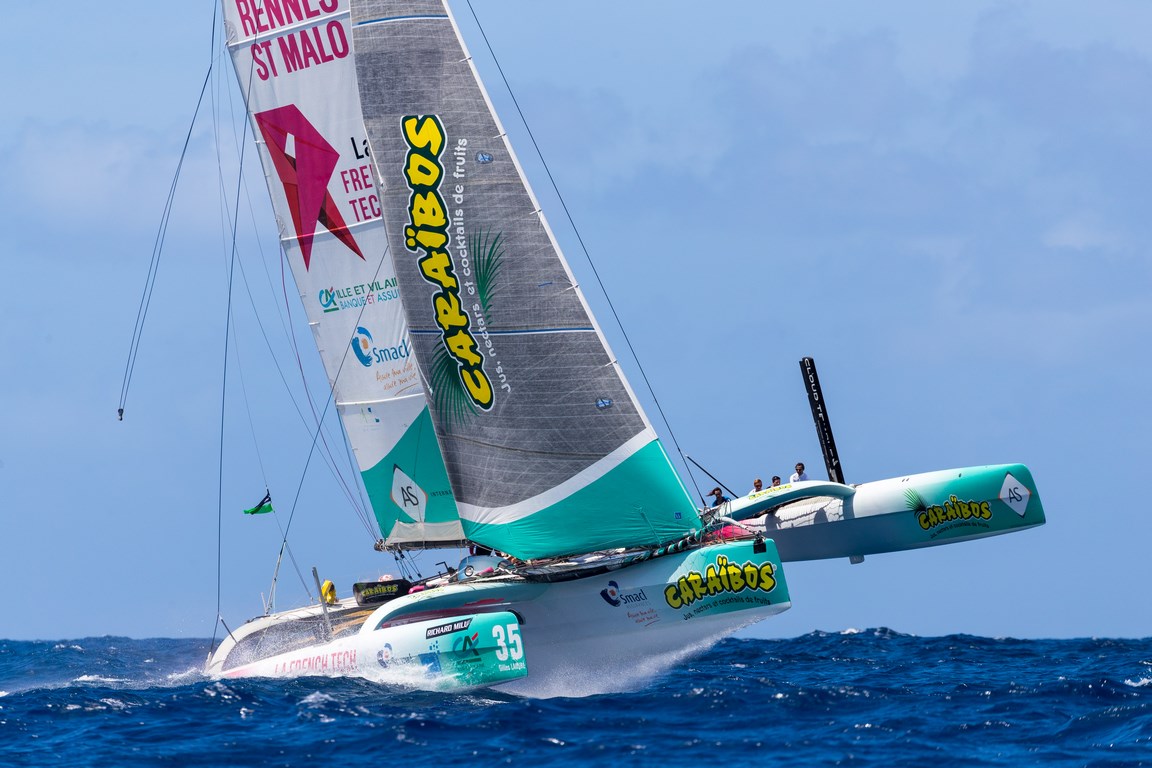 The 2018 edition boasts a record number of entries for the Multihull Class, and today’s conditions perfectly suited these two- and three-hulled flying machines. Just like in CSA 1, the ratings game created some surprises.

In CSA Multihull, the Multi50 French Tech Caraïbos led by Gilles Lamire (winner of The Transat Bakerly 2016) finished well ahead in real time but after correction sits in fifth place. “No matter, racing in the turquoise waters of St. Barth today was a real treat,” said the skipper.

In first place is Christian Guyader, the skipper of Guyader Gastronomie, who will race the boat in November on the Route du Rhum – Destination Guadeloupe. “We had a very bad start, probably one of the worst we’ve ever had,” he said. “Up close, we suffered a little, but we clung to our goal to finish in real time with the big boats. It was great; especially as we made a few speed spikes at more than 20 knots.”

Racing begins at 10 am tomorrow, with similar conditions as today expected.