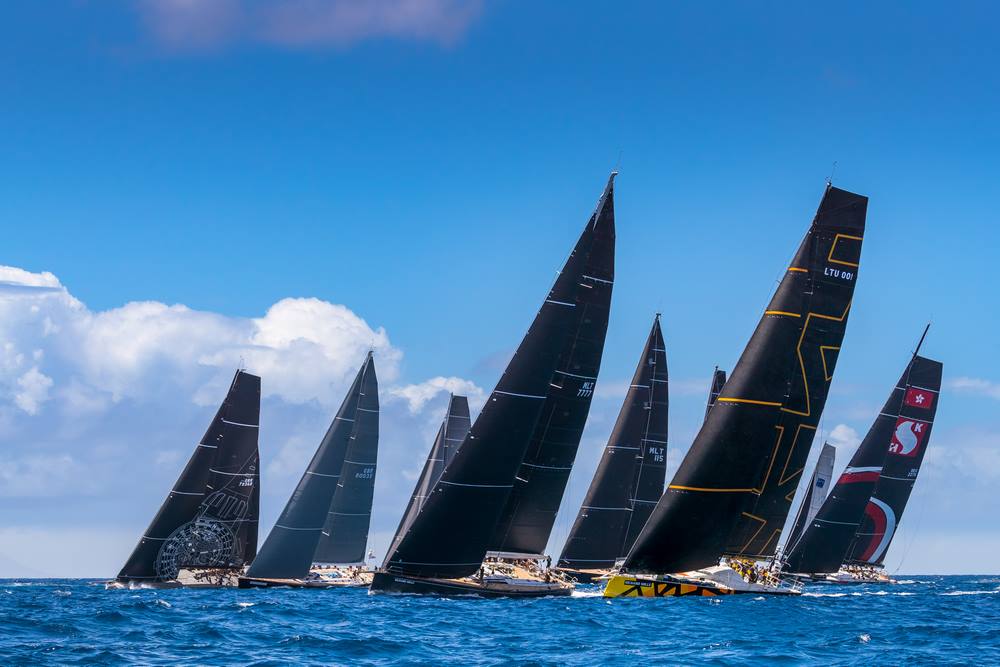 Day Two delivered a Caribbean-perfect easterly 15-17 knots for the 10th edition of Les Voiles de St. Barth Richard Mille for the 1,000+ sailors to complete one distance race between 21 – 34 miles dependent upon their class. While too early to place any bets, patterns are forming across seven of the nine classes with consistent 1st, 2nd and 3rd place. But as a Maxi collision and a Multi pre-start protest today demonstrate, no lead is safe.  Here is today’s recap from Les Voiles de St. Barth Richard Mille. 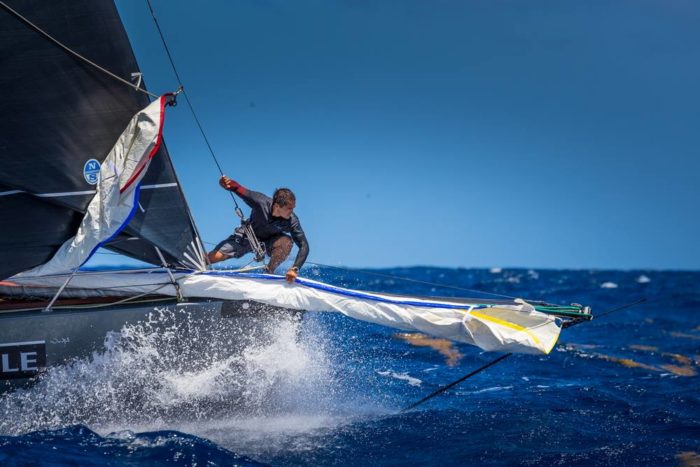 Only 40 minutes into Tuesday’s race, Selene (Swan 80) and Caro (Botin 65) in the Maxi 2 class called in their retirements after a port – starboard incident that caused damage to both boats.

“It was great conditions and racing out there today,” said Tom Burnham, a trimmer on board Selene. “We were with a large group of boats doing a lot of close maneuvers, and in one of them we were on starboard when Caro tacked to port, they attempted to duck but unfortunately hit us on our back-end port side.”

Burnham, who is also the coach for the new United States SailGP Team, confirmed they will not be racing tomorrow, as the team needs to further assess the damage. The team is hopeful they can return to finish the regatta later this week. The regatta’s signature “day off” mid-regatta on Thursday may help give the team an extra day to make repairs and return to racing for Friday and Saturday.

Alexia Barrier, sailing on board Sojana said the competition is very close between the two boats. “It’s impressive to see how Windfall has progressed in recent years; but we on Sojana are fighting a good battle and we know there are no room for mistakes, especially in the maneuvers. We must keep improving if we want to finish ahead of them this week.”

In Multihull IMRR, Hallucine skippered by Régis Guillemot and yesterday’s leader, ended today disqualified for a pre-start altercation with Arawak – Team Spellbound by Ian Martin. Martin is now hoping to capitalize on the opportunity to take over first in the class. 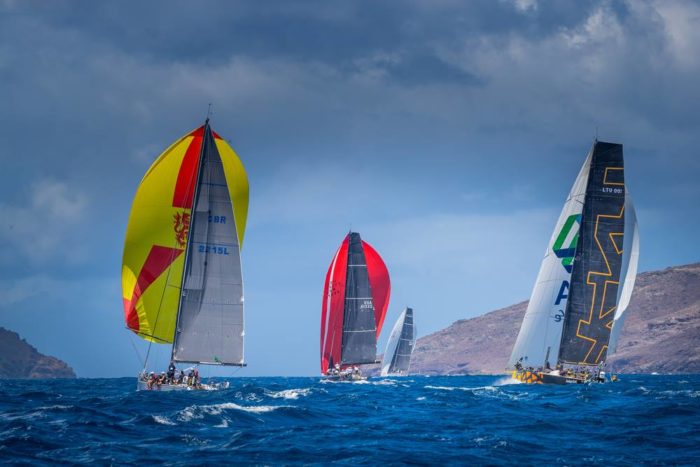 Over in CSA 1, Kuka 3, skippered by Franco Niggeler also enjoyed another successful day at Les Voiles de St. Barth Richard Mille. “Today’s conditions continued to deliver,” Niggeler said. “We made one or two small mistakes but overall we are happy with our day. It was challenging sailing, however, with the shifty conditions and confused sea state. We hope we did as well today because we are clearly here in St. Barth’s to win!”

Triple Lindy moved up one spot to second place, tied with on points with Pata Negra. The next battle developing is between The Kid and Hermes are next tied on nine points in fourth and fifth place.