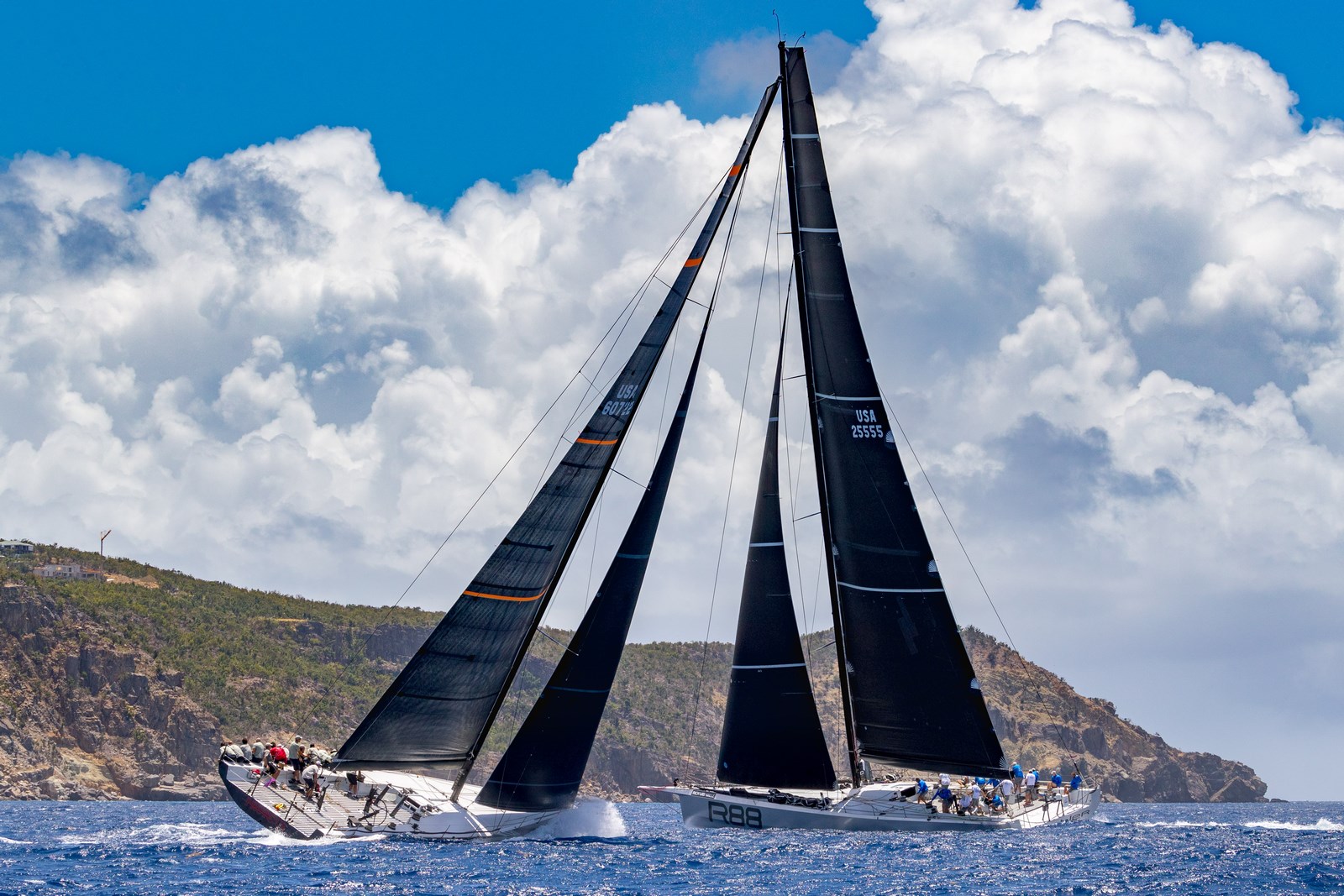 2018 saw high-performance boats and excellent crews, challenging courses, ideal weather conditions, battles on the waves in every class, suspense until the very last minute, and a full schedule of special events that attracted locals as well as sailors from more than 15 nations.

All the elements came together to make this 9th edition of Les Voiles de Saint-Barth Richard Mille an exceptional event, and one that took place in a rather special context: just seven months after the major destruction caused by hurricane Irma, Saint Barth was ready to sail.

“The enthusiasm for this 9th edition of Les Voiles de Saint-Barth Richard Mille is something we were not necessarily expecting, but it was really incredible,” said François Tolède, director of the regatta.

“Not only were there so many sailors who came in spite of the difficulties, proving their solidarity for the people of the island, there were more locals than ever visiting the race village for the concerts, the fireworks, and other festivities.

“To us, it’s proof that they really needed a way to decompress. We are beyond thrilled and we hope that next year for the 10th anniversary of Les Voiles, we will have the same level of success that was so special this year.”

In fact, just seven months after hurricane Irma literally destroyed the island, the challenge of organizing such a regatta seemed almost insurmountable, but it not only took place, it succeeded with gusto, thanks to a great show of solidarity by the sailors, the sponsors, the Collectivity of Saint-Barth, and the local population, as well as by the French and U.S. ambassadors of the event, Alessandra Sublet and Jimmy Buffett.

Buffett even held a surprise dockside concert one evening, much to the delight of the sailors and locals. The crowd enthusiastically sang along, snapping pictures and posting videos to share with envious friends and family back home.

Throughout the week not only were the weather conditions fabulous, with 15 to 30 knots of breeze and big seas, but the 53 boats divided into seven classes engaged in some pretty incredible battles, many of which were decided upon by the last race.

The racers thoroughly enjoyed the new addition of a fifth day of racing, who were happy to have been able to compete in six races.

The same is true for the first Richard Mille Record Trophy, in which George David’s Rambler 88 and Gilles Lamiré’s La French Tech Rennes St-Malo were the trophy winners in Maxis and Multihulls, respectively.

François Tolède is already looking forward to next year’s 10th edition of Les Voiles, which will take place on April 14-20, 2019. The organizers moved the event to one week later to coincide with the Caribbean’s low season, meaning additional availability and off-season rates (which reduce by up to 30 percent).

“We are going to celebrate this anniversary in a really big way,” Tolède said. “We invite all of the boats that have ever sailed in Les Voiles de Saint-Barth Richard Mille since the regatta began in 2010.”

“We are inviting all of the sailors to participate in the race, including those who will be sailing in the Route du Rhum next winter,” adds Luc Poupon, race director.

It’s a date! We look forward to seeing you next year.

Monies from the sale of the official poster of the 9th edition of Les Voiles de Saint-Barth Richard Mille were donated to the St Barth Coral Restoration Association.

Additionally, a portion of the profits from the sale of Les Voiles Code Zero clothing went to the association “Help Saint-Barth.”

Truly, the best way to show your solidarity and support for the continued recovery is to come visit the exceptional island of Saint Barth.