11th edition in the books! 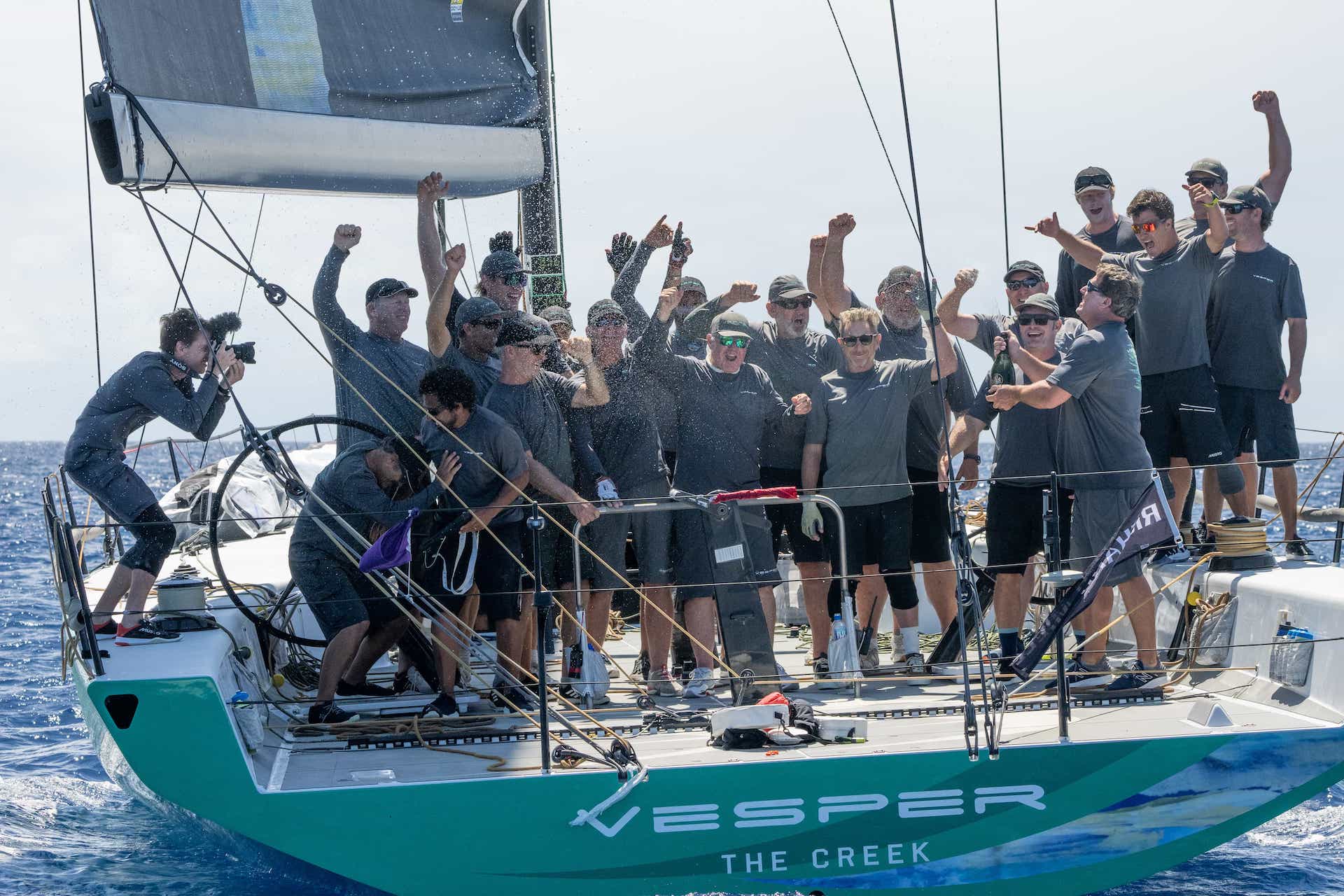 Across the remaining classes, two distinct groups emerged: today’s race as the critical final opportunity to capitalize and take an overall victory in CSA classes 1, 2 and CSA Multihulls; or it presented the opportunity to further solidify their top podium standing, as was the case in CSA 3, 4 and 6.

“It’s been a joy to be back racing, and this is one of my favorite events,” said Swartz, who named the Maxi after James Bond’s true love, Vesper. “Full credit to the competitors for a great week of racing; it’s great to be back on the water and racing again. Saint Barth can’t be beat for delivering incredible conditions that challenge teams at every level.”

The reason I love this sport and I love it at this level is the camaraderie and the teamwork. It’s what attracted me to sailing,” said the former college football player. 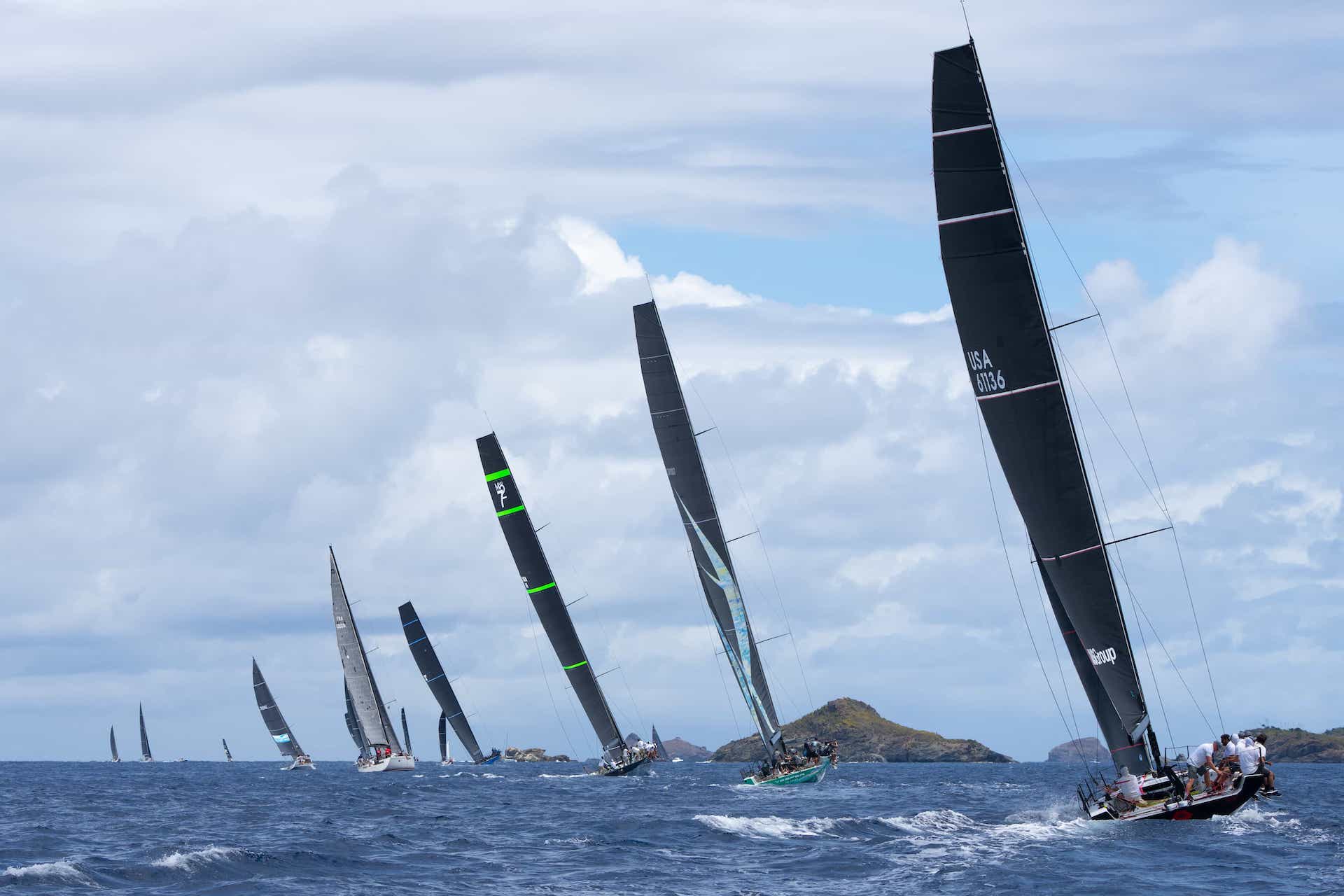 The Santa Barbara, Calif.-based team on board the chartered Lombard 46 Pata Negra never relinquished its grip on first place throughout CSA 5’s six-race regatta. “The crew did a really really great job all week, they don’t need me!” joked Girod, who sailed for the first time today after injuring his back last Sunday before practice.
“I was happy to be back today driving and we won again. It’s a great team, we all get along so well. This is our second big victory in the last six months. We won six of seven races in the Big Boat Series (in San Francisco, California); and another six races here so we feel pretty good about that. We will certainly be having multiple celebrations,” said the 80 year old.

For CSA Racing Multihull, Brieuc Maisonneuve of France emerged victorious with Addictive Sailing. “It was a battle all the way with Team Arawak but also with Chaud Patate who came on very strong at the end. It was really very exciting!”

This is the first time the boat raced at Les Voiles, and it was a new team that came together at the last moment. “We had never sailed together before the start,” Masionneuve said, who admitted that today, just 10 meters before the finish line they almost capsized the TS5 multihull. “We all had fun racing together and it was incredible to sail with Lionel Péan, who is a monster of experience. Thanks to him, we all learned a lot of things on board.”

In CSA 1, the two 52s traded blows with Caro, the Botin 52 owned by Maximilian Klink, holding on to its overall lead over Peter Harrison’s TP 52 Jolt 3. In CSA 2, with Arabella unable to race due to yesterday’s unfortunate dismasting; Lazy Dog, skippered by Sergio Sagramoso emerged victorious.

For St. Thomas-based Peter Corr and his Blitz team, this year’s CSA 4 victory is extra special given a three-year break since the last time racing in Saint Barth between the two-year pandemic hiatus, and when in 2019 the Summit 40 suffered an unexpected end to its Les Voiles regatta before it even had a chance to begin. During the delivery from St. Thomas to Saint Barth, the boat ran aground and severely damaged the hull in multiple places. 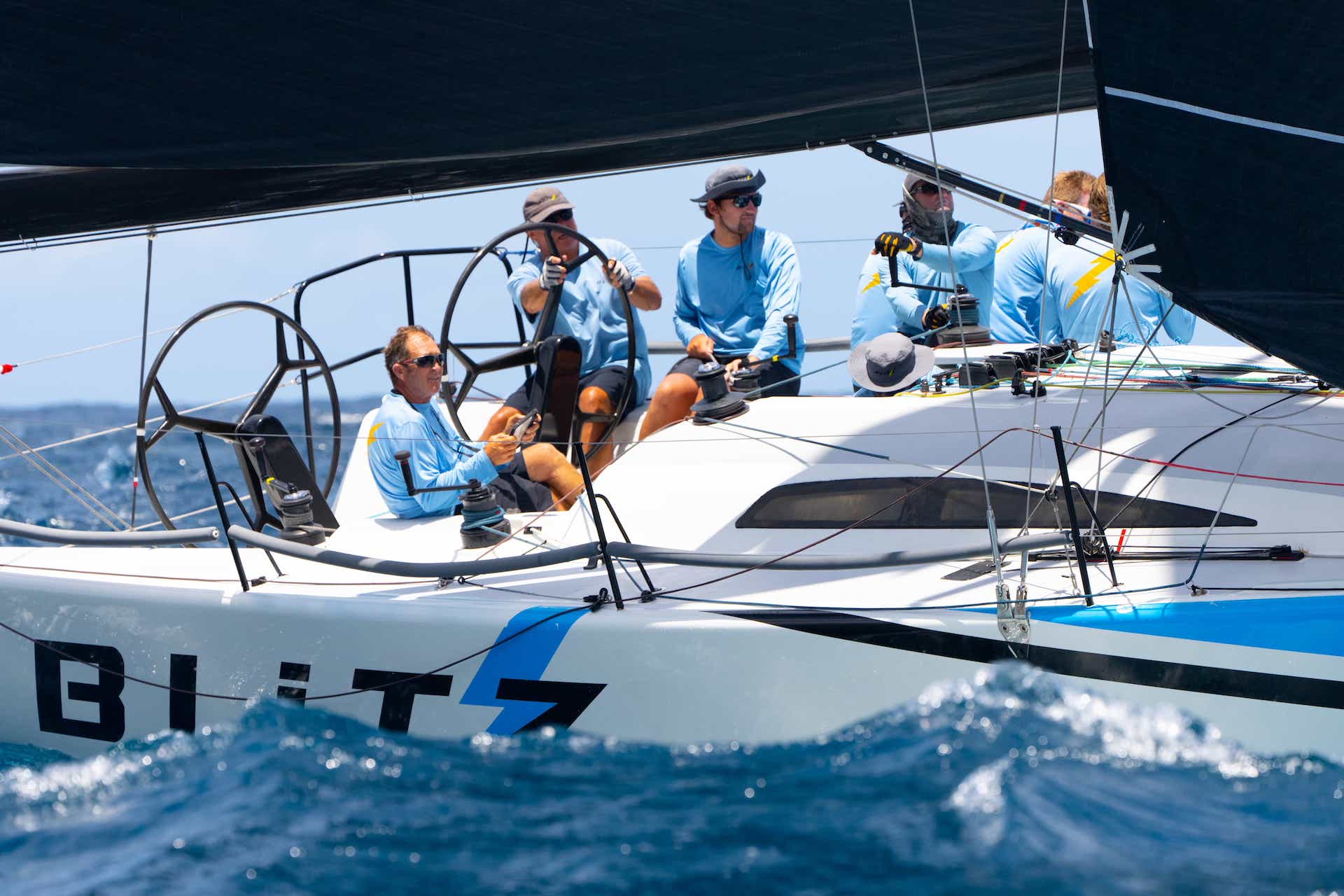 “This is really sweet,” said Corrs, the nine-time Les Voiles de St. Barth Richard Mille veteran. “I’ve been waiting and waiting to come back. We were in a great class; everyone really raced well. We came in early to practice and I felt really good about everything coming into the event.”

Today’s weather exceeded the forecasted 10 – 12 knots, and delivered 14-18 from the Northeast. Corr said the conditions varied significantly, depending upon where they were on the course. “We had big variations in the wind speed and angle. A lot of headers, and it was tough to make the calls when to take advantage of them or wait them out. Full credit to our tactician Darren Jones. I do what he says, when he says to do it,” laughed Corr. 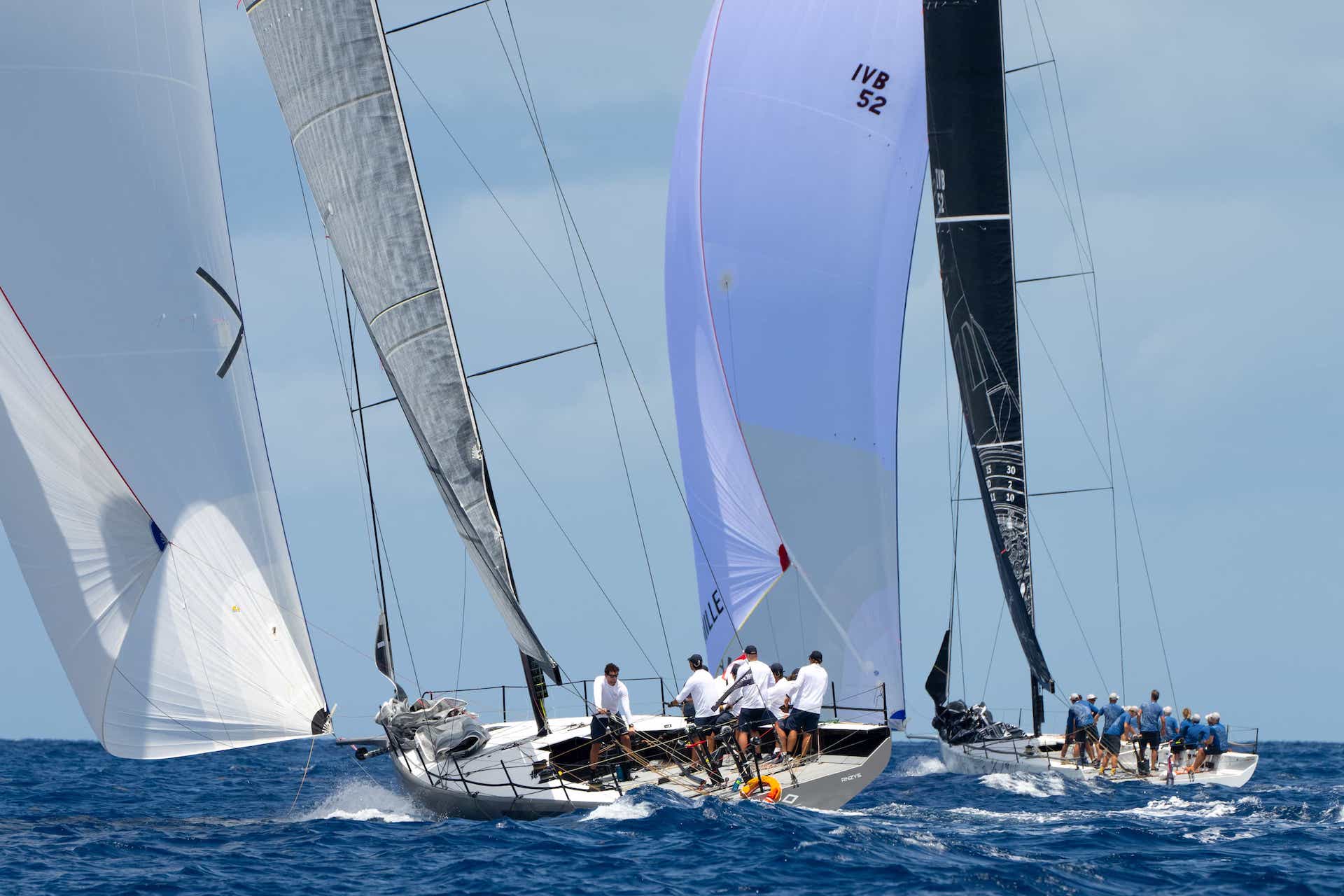 In CSA 3, Jim Madden and the Swan 601 Stark Raving Mad VII knew they had to be ‘game on’ today or else risk opening a window of opportunity to fellow Swan competitor, Shahid Hadid’s new Om II 58. “Kudos to Om II,” said Madden. “They absolutely deserved yesterday’s win, and sailed that boat great. We had to go out there and not make a mistake today. If we had gotten a DSQ or had broken something during the race, they would have won.”

The RM 028 uses a number of key elements that demarcate the theme of diving within the collection. Its exceptional tripartite case with a unidirectional bezel and water resistance to 300 metres follows ISO diver’s watch norm 6425, creating a perfect environment to house the skeletonised movement with variable rotor geometry, a Richard Mille exclusive.